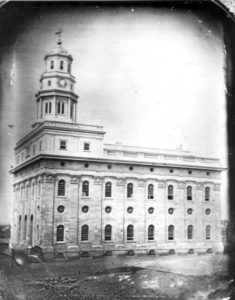 Lucy Walker remembered the Prophet teaching that plural wives should not be coerced or manipulated: “A woman would have her choice, this was a privilege that could not be denied her.”1

When arranging a plural marriage for his brother William Smith, Joseph reflected this standard by inviting the woman, Mary Ann Covington, to participate only if she “felt willing to consent to it.”2

The wording of Sarah Ann Whitney’s sealing to Joseph Smith asked if they “both mutually agree … to be each others’ companion.”3

Later sealing ceremonies in the Nauvoo Temple required the acknowledgment that all participants were there of their free will and choice, a requirement that likely began with Joseph.

Joseph Smith’s offers of plural marriage were apparently turned down by at least seven women. His preferred response to these rejections seems to have been to let the matter rest.

Sarah Granger Kimball refused to hear the teachings of plural marriage. She remembered:

Early in 1842, Joseph Smith taught me the principle of marriage for eternity, and the doctrine of plural marriage. He said that in teaching this he realized that he jeopardized his life; but God had revealed it to him many years before as a privilege with blessings, now God had revealed it again and instructed him to teach with commandment, as the Church could travel (progress) no further without the introduction of this principle. I asked him to teach it to some one else. He looked at me reprovingly and said, “Will you tell me who to teach it to? God required me to teach it to you, and leave you with the responsibility of believing or disbelieving.” He said, “I will not cease to pray for you, and if you will seek unto God in prayer, you will not be led into temptation.”4 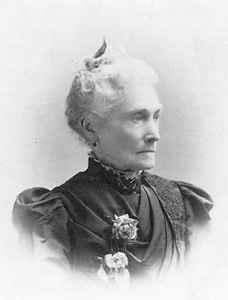 Cordelia C. Morley recounted a similar situation: “In the spring of forty-four, plural marriage was introduced to me by my parents from Joseph Smith, asking their consent and a request to me to be his wife. Imagine if you can my feelings, to be a plural wife, something I never thought I ever could. I knew nothing of such religion and could not accept it. Neither did I.”5 However, Cordelia had second thoughts and was sealed to the Prophet after his death.

None of the rejections resulted in any retaliation from Joseph Smith, either directly or indirectly. In two cases, that of Sarah Pratt and Jane Law, the details are unclear but after publicly accusing Joseph of impropriety, he responded aggressively to counter their charges. In each of these accounts, if the women had not mentioned the interaction, it probably would have been lost to later generations.

In the spring of 1843, Joseph Smith was sealed to Flora Ann Woodworth and thereafter presented her with a gold watch.6 On August 23, 1843, William Clayton reported in his journal a conflict between Emma and Flora Ann:

President Joseph told me that he had difficulty with Emma yesterday. She rode up to Woodworths with him and called while he came to the Temple. When he returned she was demanding the gold watch of Flora [Woodworth]. He reproved her for her evil treatment. On their return home she abused him much.7

Seymour B. Young, a member of the First Council of Seventy in 1883, recounted in 1912 that Joseph Smith had “given a gold locket or watch [to Flora] which was stamped under foot by Emma.” Whatever actually happened, Flora reacted radically to the quarrel by marrying Carlos Gove, a non-member, the very next day.8

Helen Mar Kimball recounted a different sequence: “A young man boarding at her father’s after the death of Joseph not a member of the Church had sought her hand, in time won her heart, and in a reckless moment she was induced to accept his offer and they eloped to Carthage.”9 Elsewhere Helen wrote:

Flora was never happy with him as he hated the Mormons, and she felt condemned for the rash step she had taken. She made this confession to me while I was nursing her, and said she desired to cling to Joseph hereafter. … She still expressed herself as strong in the faith of the Gospel, also her great desire to cleave to the Prophet. I never saw her again as she died at that place, [Winter Quarters] leaving two or three children.10

Malissa Lott recalled in 1887, “Flora Ann Woodworth … married Carlos Gove at Nauvoo with the consent of the Prophet.”11 Malissa does not specify whether the “consent” was granted before or after Flora’s legal marriage to Gove. Regardless, he allowed Flora to separate from him without any public repercussions.

On a note sheet he created in late 1886 or early 1887, historian Andrew Jenson recorded: “She [Flora Ann Woodword] regretted her last marriage, her husband being an unbeliever, and intended to cling to the Prophet.”12 Flora Ann’s desire to “cling” and “cleave” to the Prophet could be references to an eternal sealing.

Joseph’s first plural marriage during the Nauvoo era was in 1841 to Louisa Beaman, for time-and-eternity, meaning for this life and for the next.

After this marriage, Joseph participated in a string of sealings to women with legal husbands. These marriages, called “eternity-only” sealings, don’t seem to be marriages in any traditional sense and apparently were to commence upon the death of both parties. The Gospel Topics Essay “Plural Marriage in Kirtland and Nauvoo” notes:

Sealings for time and eternity included commitments and relationships during this life, generally including the possibility of sexual relations. Eternity-only sealings indicated relationships in the next life alone. … [These sealings may] be explained by Joseph’s reluctance to enter plural marriage because of the sorrow it would bring to his wife Emma. He may have believed that sealings to married women would comply with the Lord’s command without requiring him to have normal marriage relationships.

While little is known concerning Joseph Smith’s day-to-day interactions with his time-and-eternity plural wives, they later wrote that they viewed him as their eternal husband. It appears that the Prophet accepted his husbandly responsibilities seriously.

Historians Linda King Newell and Valeen Tippetts Avery wrote: “No evidence exists that [Joseph Smith] assumed the support of his wives in the traditional sense of providing them with food, clothing, and shelter, except for the young women in his house.” That is, Joseph’s plural wives did not all live together.

However, King and Avery also noted that their material needs were met: “Some remained with their parents; others lived with other plural wives; a few lived with other families where plural marriage was also practiced. Their personal accounts attest that, for the most part, they felt Joseph cared for them, and they felt important to him.”13

Typically the Prophet would arrange for the woman to live with a friend, relative, or another provider, thus allowing their material needs to be met. His friends were willing to lend support and keep secrets.

To continue this brief narrative of the unfolding of the practice of polygamy in The Church of Jesus Christ of Latter-day Saints, proceed to the section on Joseph’s Last Year of Life.