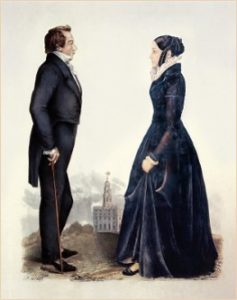 As Joseph Smith secretly introduced plural marriage among the Latter-day Saints in Nauvoo, Illinois, in the 1840s, he simultaneously presented a theological foundation to explain and justify the practice. Doctrine and Covenants section 132, recorded on July 12, 1843, contains at least four reasons explaining why plurality could be introduced into the church.

Somewhat surprisingly, the primary focus of section 132 is not actually polygamy. The revelation encompasses a much larger view than simply describing how a man on earth might marry multiple wives.

Instead, Joseph described eternal couples and eternal families in the celestial heaven. His expanding revelations and instructions spoke of how a worthy monogamous couple could gain exaltation and godhood if sealed by proper authority.1 He also revealed a newly restored priesthood authority that could reach beyond the veil of death to seal relationships together forever. 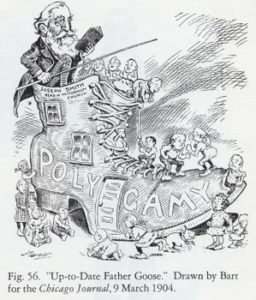 For well over a century, the impressiveness of the Prophet’s salvific teachings have been largely lost on both believers and unbelievers. Though not unexpected, polygamy as a practice and principle has garnered virtually all of the attention. The public’s fascination with polygamy both then and now is understandable, but unfortunate.

Polygamy quickly became the alpha and omega of Joseph Smith’s teachings. Religionists of the day could possibly ignore the Book of Mormon, biblical revisions, and doctrines like premortality. But when Joseph’s instructions required polygamy, tolerance quickly drained to zero.

Societal resistance against the practice of plural marriage mounted in 1842 and never relented. Lost in the shuffle were the doctrines that surrounded and transcended plurality.

Our discussion in this section will be limited to specific aspects of Joseph’s teachings dealing with plural marriage. But readers are encouraged to study and understand the broader doctrine known as the new and everlasting covenant of eternal marriage.

Joseph Smith dictated what is now Doctrine and Covenant section 132 on July 12, 1843. This revelation, along with his other statements, provide several reasons why he believed plural marriage could be introduced among the Latter-day Saints.

Joseph Smith dictated what is now Doctrine and Covenant section 132 on July 12, 1843. This revelation, along with his other statements, provide several reasons why he believed plural marriage could be introduced among the Latter-day Saints.

The earliest justification mentioned by the Prophet was as a part of the “restitution of all things” prophesied in Acts 3:19–21. Old Testament prophets practiced polygamy, so it could be a part of the restoration of “all things” (see D&C 132:40, 45). 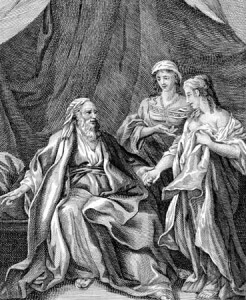 Sarah Gives Hagar to Abraham as a Plural Wife

Several members who knew Joseph Smith left accounts of him referring to a connection between the two during the Kirtland period.

Benjamin F. Johnson recalled in 1903: “In 1835 at Kirtland I learned from my Sisters Husband, Lyman R. Shirman,2 who was close to the Prophet, and Received it from him. That the ancient order of plural marriage was again to be practiced by the Church.”3

A few years later in 1841, Joseph Smith attempted to broach the topic publicly. Helen Mar Kimball remembered: “He [Joseph] astonished his hearers by preaching on the restoration of all things, and said that as it was anciently with Abraham, Isaac and Jacob, so it would be again, etc.”4

Joseph Smith was a prophet-restorer, which helps to explain why the command to practice plural marriage has been labeled a “restoration,” even though it is not a salvific ordinance.

To Provide a Customized Trial

Another reason for the establishment of plural marriage is that it brought trials to practicing Saints that provided opportunities for spiritual growth.

The belief that God challenges His followers on earth in order to make them worthy of blessings from their obedience is a pattern in the scriptures. Sometimes disciples are required to migrate to new lands or to defend themselves against powerful enemies.

Practicing plural marriage was difficult for most participants. One of Joseph’s plural wives, Helen Mar Kimball, remembered: “The Prophet said that the practice of this principle would be the hardest trial the Saints would ever have to test their faith.”5 She also recalled: 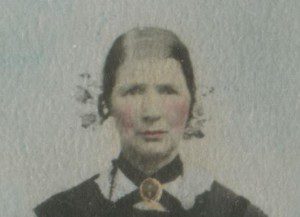 Mercy Rachel Fielding Thompson struggled with polygamy. Her story can be found on LDS.org.

Apostle John Taylor summarized: “Where did this commandment come from in relation to polygamy?” and then he answered, “It also came from God. It was a revelation given unto Joseph Smith from God, and was made binding upon His servants. When this system was first introduced among this people, it was one of the greatest crosses that ever was taken up by any set of men since the world stood.”7

Brigham Young recalled in 1855: “I foresaw, when Joseph first made known this doctrine, that it would be a trial, and a source of great care and anxiety to the brethren, and what of that? We are to gird up our loins and fulfill this, just as we would any other duty.”8

For plural wife Martha Cragun Cox, plural marriage led to intense prayers that brought inspiration: “I knew the principle of plural marriage to be correct — to be the highest, holiest order of marriage. I knew too, that I might fail to live the holy life required and lose the blessings offered. If I had not learned before to go to the Lord with my burden, I surely learned to go to him now. … I found relief only in prayer when the Holy Spirit gave me inspiration.”9

This trial was withdrawn through the 1890 Manifesto. At that time, Wilford Woodruff, the holder of the sealing keys to authorize all valid eternal marriages, declared the commandment to practice plural marriage to be no longer binding upon the Saints. They were to live monogamy like the Book of Mormon Saints. Fourteen years later in 1904, Church President Joseph F. Smith stopped allowing new plural marriages.

Multiplying and Replenishing the Earth

The third reason given by Joseph Smith for the practice of plural marriage comes as polygamous couples “multiply and replenish the earth.”

When compared to monogamy, polygamy decreases the number of children each wife bears. Yet, when practiced within a society, it may increase the overall total number of children being born by providing opportunities for motherhood to women who otherwise might never marry and have children.10 The revelation on celestial marriage affirms: “They [the plural wives] are given unto him [their husband] to multiply and replenish the earth, according to my commandment … that they may bear the souls of men.”11 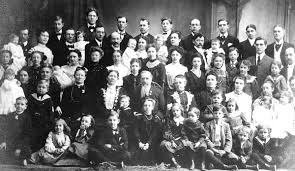 Two members of the LDS Church who lived in Nauvoo remembered the Prophet teaching this concept.

Charles Lambert recalled the Prophet teaching: “There are thousands of spirits that have been waiting to come forth in this day and generation. Their proper channel is through the priesthood, a way has to be provided. But the time has come and they have got to come away.”12

Helen Mar Kimball recalled, “It was revealed to him [Joseph Smith] that there were thousands of spirits, yet unborn, who were anxiously waiting for the privilege of coming down to take tabernacles of flesh, that their glory might be complete.”13

While procreation is one reason for plural marriage, it is not the most important.

Making Eternal Marriage Available to Everyone

The fourth reason Joseph Smith gave for the practice of plural marriage dwarfs the other three explanations in significance because it deals with eternity. The message of D&C 132:16–17 states that men and women who are not sealed in eternal marriages during this life (or vicariously later) “remain separately and singly, without exaltation, in their saved condition, to all eternity.”

In other words, “exaltation,” the highest salvation, requires eternal marriage. No unmarried person can be exalted according to Joseph Smith’s teachings.

Section 132 supports that eternity was the primary focus of the Joseph’s marriage theology rather than plurality or sexuality. Eternal, rather 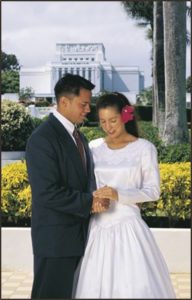 than plural, marriage was his zenith doctrine. It appears that the crucial objective of polygamy on earth was to allow all worthy women to be eternally sealed to a husband and thus obtain all the ordinances needed for exaltation.

According to these teachings, a plurality of wives in some form may be practiced in eternity, but not by all worthy men and women. We know that polygamy on earth is unequal and difficult, but we know nothing about how eternal marriage or eternal plural marriage might feel in eternity.

Brigham Young acknowledged that eternal marriage (not plural marriage) is “the thread which runs from the beginning to the end” in God’s plan for His children:

The whole subject of the marriage [not plural marriage] relation is not in my reach, nor in any other man’s reach on this earth. It is without beginning of days or end of years; it is a hard matter to reach. We can tell some things with regard to it; it lays the foundation for worlds, for angels, and for the Gods; for intelligent beings to be crowned with glory, immortality, and eternal lives. In fact, it is the thread which runs from the beginning to the end of the holy Gospel of salvation—of the Gospel of the Son of God; it is from eternity to eternity.16

Reading section 132 of the Doctrine and Covenants can give us some clues as to why the Lord may have sent an angel to command Joseph to practice polygamy, but most find those reasons insufficient to warrant such a variation from the Lord’s standing law of monogamous marriage.

Elder Dallin H. Oaks of the Quorum of the Twelve Apostles spoke to this dilemma:

If you read the scriptures with this question in mind, “Why did the Lord command this or why did he command that,” you find that in less than one in a hundred commands was any reason given. It’s not the pattern of the Lord to give reasons. We can put reason to revelation. We can put reasons to commandments. When we do we’re on our own.

Some people put reasons to the one we’re talking about here [the priesthood ban], and they turned out to be spectacularly wrong. There is a lesson in that.

The lesson I drawn from that [is that] I decided a long time ago that I had faith in the command and I had no faith in the reasons that had been suggested for it. And finally …  Let’s don’t make the mistake that’s been made in the past, here and in other areas, trying to put reasons to revelation. The reasons turn out to be man-made to a great extent. The revelations are what we sustain as the will of the Lord and that’s where safety lies.17 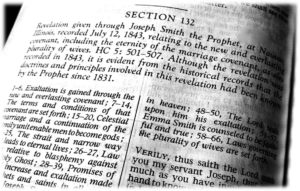 To continue this brief narrative of the unfolding of the practice of polygamy in The Church of Jesus Christ of Latter-day Saints, proceed to the section on Inaccurate Explanations.