In an 1855 issue of the Church’s Millennial Star, Apostle Franklin D. Richards acknowledged a challenge Latter-day Saints faced when giving an explanation for the practice of polygamy: “The subject of polygamy arouses the prejudices of the pious, appeals to the virtue of the honest, and stirs up the muddy pool of corruption in the hearts of the licentious. … Its virtues will be seen and appreciated, or misconstrued into evils, according to the medium through which men view it.”1 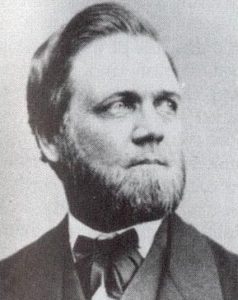 While it is true that Joseph Smith gave four reasons to explain why plural marriage could be practiced, those reasons are generally unconvincing. Early Church leaders and members realized this and devised other arguments to defend polygamy against the wide range of criticisms they encountered.

These creative explanations do not seem to have originated with Joseph Smith or to be directly related to the theological principles he taught regarding plural and eternal marriage. Neither do they seem accurate.

This essay will examine four of the explanations offered by defenders of plural marriage that are not currently promoted by the leadership of the Church.

Sometimes Church members and others have assumed that plural marriage was instigated to allow an apparent surplus of women to marry.2

In 1881, Church member John C. Kimball declared that he remembered that while living in Nauvoo, polygamy was a “common sense” response to the excess female converts:

The fact is while at Nauvoo, our missionaries abroad made converts among single women a great deal faster than among men. The consequence was that, coming into a new community where they had no homes or protectors of their own, we had to parcel them around among our different families. This, we soon found was giving rise to scandal and to possible illicit attachments, and as a matter of decency and morals we had to provide someway by which this excess of women could have some normal relations to the families where they were placed. Marrying them to their heads with all the safeguards of religion seemed to us the only possible way: And so using our common sense we took that as the will of the Lord.3

There is no evidence supporting John Kimball’s recollection. 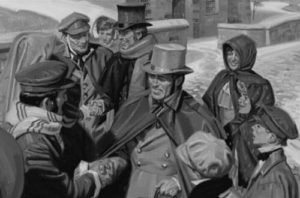 Similarly, Jedediah Grant, then a member of the First Council of Seventy, used this reasoning in 1851 to justify polygamy to politician Thomas L. Kane who was defending the LDS Church’s position to Washington bureaucrats. Grant “explained to Kane that plural marriage was necessary because females outnumbered males three to two, and this ratio was forcing many women to marry outside the church.”4

Non-Latter-day Saints also promoted the idea that polygamy might be needed because there were more women than men. In 1852, writer John W. Gunnison wrote, “It is … maintained that there is great disparity of numbers between the sexes, and that the predominance of the female is more than can be accounted for from war, the dangers of the sea and other perils, and therefore nature indicates the propriety of plurality, as ‘marriage is honorable to all.’”5

In the February 17, 1855, Millennial Star, Apostle Franklin D. Richards argued that “in the largest cities of the Union, the females out-number the males in the ratio of ten percent” and that polygamy could cure the malady of “old maidenhood.”6

The perception that polygamy was instituted to equalize the excess of female to male Church members has persisted into the twentieth century. As researcher Philip R. Kunz acknowledged: “A 1970 study of 421 residents of rural Utah indicated that the respondents believed a female surplus was the prime reason for the Mormon practice of polygyny.”7

Scientist and Church Apostle, John A. Widtsoe directly addressed and debunked this common, but inaccurate, view:

The most common of these conjectures [explaining why polygamy was practiced in the 1800s] is that the Church, through plural marriage, sought to provide husbands for its large surplus of female members. The implied assumption in this theory, that there have been more female than male members in the Church, is not supported by existing evidence. On the contrary, there seem always to have been more males than females in the Church.8 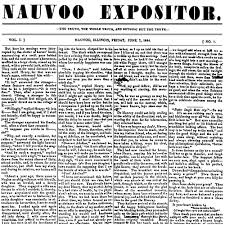 supported by population studies of the period. Neither does it appear Joseph Smith ever advanced this idea.

While it may have provided a logical justification that was true in some localities, it had little or no actual impact on the introduction and practice of plural marriage in the Church.

An intriguing viewpoint was offered in 1930 by B. H. Roberts, one of the Presidents of the Seventy in the Church. He observed: “A possible reason mentioned as justifying the introduction of plural marriage into the New Dispensation is the publicity value of it. … I see nothing amiss in referring to it [polygamy] as possessed of a certain publicity value to the whole work of God.” Roberts then went on to explain:

And I know of no single thing in the New Dispensation that has done so much to keep that dispensation and its major message before the world as this same principle of plural marriage and the practice of it by the church. It has kept the message well — nigh constantly before men; through the press, daily, weekly and monthly. It has been the incentive to the multiplication of books on “Mormonism” ad libitum. It has kept the New Dispensation before state legislatures and congress-house and senate. Before successive United States presidents and their cabinets. Before state and territorial courts; and time and again before the supreme court of the United States, and through that court has attracted the attention of leaders of thought in all the world.9

Elder Roberts reflects a distinctive view, apparently suggesting that negative publicity is better than no publicity. In actuality, it had a negative effect on the Church’s missionary program.

From the very first defense of plural marriage offered by Orson Pratt in 1852, a reason asserted for the establishment of polygamy was to help rid the world of the social ills of prostitution and licentiousness. Pratt asserted that by adopting plural marriage, “whoredom, adultery, and fornication” would “be entirely done away.”10

Similarly, an unidentified writer in an 1853 article in the Millennial Star penned, “I have come to the conclusion … that the one-wife system not only degenerates the human family, both physically and intellectually, but it is entirely incompatible with philosophical notions of immortality; it is a lure to temptation, and has always proved a curse to a people.”11

Elder Franklin D. Richards postulated that the practice of plural marriage could alleviate the world’s moral problems: “We would just remark that philosophy, morality, law, and Christianity, as now taught, have signally failed to stop this monstrous social and moral evil. The present state of the world proves their incompetency. The Lord’s way [polygamy], as practised by ancient men of God, the “Restitution:”—as lately revealed—we think will stop it among us.”12

By allowing men to have more wives than one, it was theorized that mistresses and brothels would no longer be patronized by libido-driven men. One Church member wrote in 1854: “In Deseret, there are no libertines, with their paramours, no houses of prostitution, no cases of seduction, or those which disturb the peace of the families in the States under your laws. Here every woman can have what God intended she should — a husband — and every man that wants to, may have a wife.”13

While plural marriage might have assisted moral men to better control their sex drives by allowing additional wives, it is questionable whether it would have had significant influence on men exhibiting lesser ethical values.

The ability of polygamy to stem the evils of prostitution and other sexual abuses remains unproven.

One argument advanced between 1852 and 1890 involves the assertion that polygamy produces healthier parents and offspring than monogamy, claiming that sexual relations during pregnancy robs “the future mother of that vigor which should nourish her embryonic offspring, and giving intensified sensual desires to that offspring.”14

In 1870, Brigham Young declared, “Talk about polygamy! There is no true philosopher on the face of the earth but what will admit that such a 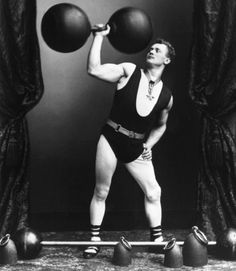 system, properly carried out according to the order of heaven, is far superior to monogamy for the raising of healthy, robust children!”15

While some Utah polygamists were motivated to believe these benefits of plural marriage, science has yet to validate them.

Regardless, a belief in polygamy as a divine fountain of youth or that monogamous offspring were in any way physically superior to the children of polygamists seems to have little relationship to Joseph Smith’s theology supporting plural marriage and makes little sense in light of what we know about medicine and psychology in the twenty-first century.

Despite this challenge, several non-religious arguments were advanced by Latter-day Saints in the nineteenth century to defend the practice.

To continue this brief narrative of the unfolding of the practice of polygamy in The Church of Jesus Christ of Latter-day Saints, proceed to the section on Plural Marriage Timeline.