“Thou Shalt not Lie” and Denials of Polygamy

During Joseph Smith’s lifetime, the Prophet and other Church leaders issued several denials regarding the practice of polygamy.1 “Polygamy” means “poly” or “many” and “gamy” means “marriages.” Combined they mean:  “many marriages.”2

Despite criticisms charging that Joseph lied when denying polygamy, the fact is that under Illinois statute, he could truthfully answer negatively because state laws prevented any person from entering into more than one marriage. A second (or third or forth) marriage could not be certified with any legal document. Hence practicing legal polygamy was an impossibility. 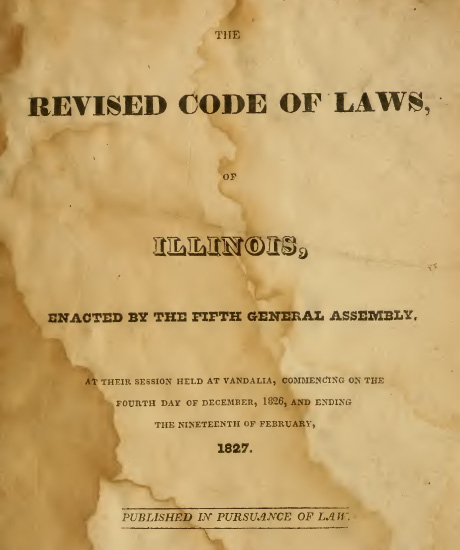 The 1827 Illinois State anti-bigamy law reads: “All marriages, where either of the parties had a former husband or wife living at the time of solemnizing the last marriage, shall be void” (italics added).3 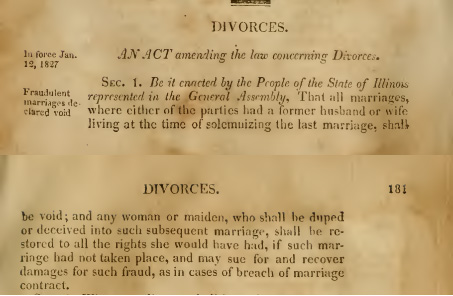 In other words, any person with a legal spouse could not be married to another according to state statute. Any subsequent ceremonies would be “void” from a civil perspective. A man or woman could never be legally married to two spouses.4 Consequently, legally speaking it was impossible for Joseph Smith or any other Nauvoo pluralist to truthfully answer “yes” to the question: “Do you have more than one wife?”

Perhaps a more pertinent question is whether Joseph Smith practiced polygamy from a religious standpoint. The answer depends upon the definition of the word “polygamy.” To him, “celestial marriage” was an “order of the priesthood”5 that was essentially unrelated to the polygamy practices of the Turks in the Islamic world, with their harems and concubines. Therefore, it is unlikely the Prophet would have equated his teachings of “patriarchal marriage” and “eternal marriage” with their traditions.

John L. Brooke concluded: “A deceptive code developed, allowing the leadership to condemn ‘polygamy, in the ordinary and Asiatic sense of the term,’ while defending ‘the Holy order of celestial marriage,’ ‘the true and divine order,’ and the ‘new and everlasting covenant.’”6

Accordingly, Joseph Smith could have truthfully answered “no” to the question: “Are you practicing legal polygamy or polygamy like Arab Muslims?” For example, on May 26, 1844, he commented: “What a thing it is for a man to be accused of committing adultery, and having seven wives, when I can only find one.”7 If Joseph had looked diligently, could he have found additional legal wives?  No. Could he have found additional wives according to Islamic traditions? No. He might have asked for the questioner to be more specific, and then the answer necessarily have been in the affirmative.

LDS scholar Danel Bachman observed: “Most of these denials stressed semantical and theological technicalities. That is, the language of the defense was carefully chosen to disavow practices that did not accurately represent Church doctrines.”8 Todd Compton concurred: “Faced with the necessity of keeping polygamy secret, the Mormon authorities generally chose to disavow the practice, sometimes using language with coded double meanings.”9

Denying polygamy on a technicality may not satisfy some observers. Fawn Brodie affirmed: “The denials of polygamy uttered by the Mormon leaders between 1835 and 1852, when it was finally admitted, are a remarkable series of evasions and circumlocutions involving all sorts of verbal gymnastics.”10 In this, she is not incorrect. However, Joseph knew from his experience in Kirtland, Ohio, in 1836 that plural marriage would not be easily accepted by even staunch believers and members of his own family. To divulge more details than absolutely required might risk provoking violent reactions. Apparently, that was not a risk he was willing to take.

“Let No Man Break the Laws of the Land”

Critics may quote an August 1, 1831, revelation: “Let no man break the laws of the land, for he that keepeth the laws of God hath no need to break the laws of the land” (D&C 58:21) and charge that this scriptural directive would prohibit the secret practice of polygamy because it violated the state laws of Ohio and Illinois.11 However, a revelation dictated two years afterwards gave more detailed instructions. It specified that the Saints were not expected to obey every law a state or regime might concoct; their first obligation was to comply with God’s commandments and the laws that were “constitutional”:

And now, verily I say unto you concerning the laws of the land, it is my will that my people should observe to do all things whatsoever I command them. And that law of the land which is constitutional, supporting that principle of freedom in maintaining rights and privileges, belongs to all mankind, and is justifiable before me. Therefore, I, the Lord, justify you, and your brethren of my church, in befriending that law. And as pertaining to law of man, whatsoever is more or less than this, cometh of evil. (D&C 98:4–7; italics added)

As stated in these verses, any laws legislated that were “more or less” than constitutional, “cometh of evil.”12 Here, Joseph Smith clarified that his earlier revelation, which states “he that keepeth the laws of God hath no need to break the laws of the land” (D&C 58:21), did not grant worldly governments carte blanche to pass any law they desired and then to expect Church members to comply.

Concerning plural marriage and the Constitution, Parley Pratt wrote in 1854:

The Old and New Testaments, the constitution and laws of the United States, and the laws of Utah Territory [the first anti-polygamy laws were not passed until 1862], shall be the standard; and if, in all this wide range, one item of law can be found wherein God, angels, men, prophets, apostles, the Son of God, or the Holy Spirit, have made a plurality of wives a crime, a transgression of law, or an immorality, then, on those conditions we will renounce polygamy.13

The Latter-day Saints believed that, as originally written, plural marriage was not prohibited by the United States Constitution. The First Amendment guaranteed: “Congress shall make no law respecting an establishment of religion, or prohibiting the free exercise thereof.” Statues in Illinois in the 1840s prohibiting polygamy were viewed by practicing polygamists as unconstitutional. From a moral standpoint, they felt little need to comply. Brigham Young contended, “If I have wives given to me of the Lord, I do not break any constitutional law of the land.”14 John Taylor explained in 1857:

Do I profess to ignore the laws of the land? No; not unless they are unconstitutional, then I would do it all the time. Whenever the Congress of the United States, for instance, pass a law interfering with my religion, or with my religious rights, I will read a small portion of that instrument called the Constitution of the United States … which says –‘Congress shall pass no law interfering with religion or the free exercise thereof;’ and I would say, gentlemen, you may go to Gibraltar with your law, and I will live my religion.15

Years after Joseph Smith’s death, federal legislators passed laws against polygamy supplementing earlier state laws. Even after enactment, the 1862 Morrill Anti-Bigamy Act was viewed by Brigham Young and other Church leaders as unconstitutional. To test this belief, George Reynolds, a secretary to the First Presidency and husband of two wives, offered himself up as a “test case” to see how the Supreme Court would rule. Reynolds cooperated with prosecutors as arguments were heard on November 14, 1878. On January 6, 1879, a unanimous Supreme Court delivered a decision for Reynolds v. United States (98 U.S. 145) rejecting the contention that plural marriage was protected by the First Amendment, thus setting the stage for continued public denials despite the persistence of secret plural marriage.16

Latter-day Saint leaders have always recognized that teachings that disconnect the laws of the land from the laws of the Church can become a slippery slope and thus must be implemented with great care. The problems generated by decades of secretly practicing plural marriage were highlighted in an 1887 letter to President John Taylor from newspaperman and future apostle Charles W. Penrose. He conveyed his fears that “the endless subterfuges and prevarications which our present condition impose … threaten to make our rising generation a race of deceivers.” 17


This is a brief overview of Joseph Smith’s practice of polygamy. If it has piqued your interest, then please check out Joseph Smith’s Polygamy: Toward a Better Understanding.