Few aspects of Joseph Smith’s life have been scrutinized more in recent years than his personal practice of polygamy. 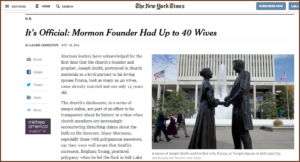 Some readers’ first exposure to Joseph Smith’s practice of polygamy comes from reading sensational headlines. Exaggerations and assumptions fill internet discussions, podcasts, and newspaper articles, so it is hard to know where to go for accurate information.

The temptation by some authors to fill in historical gaps often results in distortions that stir up emotions and create tantalizing soundbites that, even if largely fictional, may generate unnecessary fear and confusion.

Questions are natural and not necessarily evidence of a lack of faith, but it is important that one does not let these questions about things we don’t understand unravel that which we do. Polygamy is part of our collective Latter-day Saint past. There is a temptation to extract that detail out of early Church history as a source of scrutiny and criticism. The truth is that early members had many trials — of which, polygamy was just one.

Current Church leaders consistently re-affirm that the standing law on eternal marriage is that one man should be married to one woman. This position can be found clearly articulated in canonized scripture (see Jacob 2:27). The thought of the future practice of polygamy should not haunt current members. The Lord has always offered agency and a Plan of Happiness rather than of misery or coercion.

Understanding the past can be difficult. Most members have no cultural or religious basis to understand why plural marriage was apparently commanded during the early years of the church.

Members living in pioneer Nauvoo shared that same struggle. When Benjamin Johnson first heard of it, he recalled: “If a thunderbolt had fallen at my feet I could hardly have been more shocked or amazed.”1

Early Nauvoo polygamy is a historical puzzle that we can at best awkwardly reconstruct from fragmentary recollections, but it is apparent from reminiscences that those involved were convinced it represented a religious practice instituted by God. 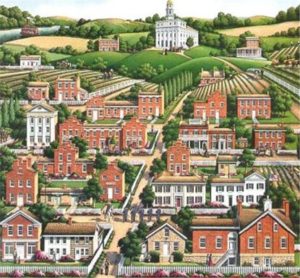 While readers may not fully comprehend why plural marriage was practiced in the early church, more information can muster additional charity, trust, and faith.

Church Historian Matt Grow noted that the more complicated the history, the more nuanced our conclusions should be. Starting with an open mind rather than rigid conclusions will help readers gain the most from these essays.

After studying the lives of the early Saints, we admire the convictions of those who accepted the challenge of polygamy in their lives. We have also mourned with those that faced remarkable hardships. For a people already familiar with trials, plural marriage represented perhaps their greatest challenge.

The focus of this website is to enhance the understanding of the history of early polygamy. It is intended as a supplement to the excellent, but brief, material contained in the Gospel Topics Essays on plural marriage rather than as a substitution. As such, we suggest readers begin their studies by reviewing the essay Plural Marriage in Kirtland and Nauvoo found on the Church’s official website.

To access a brief narrative of the unfolding of the practice of polygamy in The Church of Jesus Christ of Latter-day Saints, proceed to the section on The Beginnings of Polygamy.