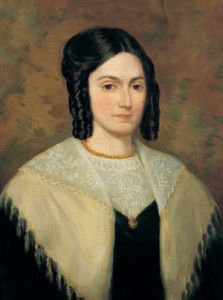 Emma Smith, Joseph’s legal wife, tried desperately to accept the principle of plural marriage. According to her biographers, she “vacillated between reluctant acceptance and determined opposition to the marriages” of her husband.1

Emma participated in four plural sealings in May of 1843 by approving the candidate wives and placing each woman’s hand upon Joseph’s during the ceremony.2 Within weeks, her experiences in a plural household became unbearable for her, and she withdrew her support.3

Tension in the Smith home continued to crescendo until July 12, 1843, when Hyrum Smith, Joseph’s brother and Church Patriarch, asked the Prophet to dictate a revelation explaining the practice. Hyrum seemed certain that a revealed statement on the subject would assuage Emma’s concerns.

After the revelation was dictated and recorded by William Clayton, Hyrum approached Emma and read her the document (now D&C 132). She responded with bitterness and frustration. It was a rejection Hyrum had not anticipated. 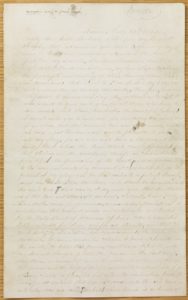 While some details in the different versions of this episode are contradictory, Emma apparently insisted that the original manuscript be burned, although a copy had already been made.

On July 13, the day after Emma’s explosive response to the new revelation, Joseph and Emma came to an agreement that included the transfer of property and other resources into Emma’s name, so that if anything happened to him or to their marriage, she could support herself and their children.4

Joseph Lee Robinson recalled those difficult times, although he does not explain how he was privy to the details:

[There] was at a time when she [Emma] was very suspicious and jealous of him [Joseph] for fear he would get another wife, for she knew the prophet had a revelation on that subject. She (Emma) was determined he should not get another, if he did she was determined to leave and when she heard this, she, Emma, became very angry and said she would leave and was making preparations to go to her people in the State of New York. It came close to breaking up his family. However, he succeeded in saving her at that time but the prophet felt dreadfully bad over it.5

Apparently, an additional condition of their agreement required Joseph not to marry additional plural wives without Emma’s permission.6

Joseph was, in fact, sealed to two additional women after this episode, but each was a special circumstance. Two months after this agreement, at the end of September, Joseph was sealed to Malissa Lott, the nineteen-year-old daughter of Cornelius Lott, the caretaker of Joseph’s farm outside of Nauvoo. 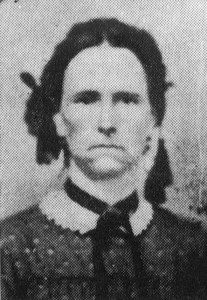 In 1892, Malissa explained that Joseph “was the one that preached it [plural marriage], and taught it to me.”7 She also testified that Emma “knew all about it. … She gave her consent.”8

If Malissa is correct, Emma evidently permitted this new union after the July 13, 1843, agreement. It appears she displayed a resurgence of support in September and early October of 1843 when she received all her temple ordinances and began administering them to other sisters in the church. However, her ability to sincerely support polygamy was still shaky.

A sealing, apparently without Emma’s foreknowledge, occurred a month and a half later on November 2, when the thirty-seven-year-old Joseph was sealed to Brigham Young’s fifty-six-year-old sister, Fanny. Brigham recounted:

I recollect a sister conversing with Joseph Smith on this subject. She told him: “Now, don’t talk to me; when I get into the celestial kingdom, if I ever do get there, I shall request the privilege of being a ministering angel; that is the labor that I wish to perform. I don’t want any companion in that world; and if the Lord will make me a ministering angel, it is all I want.” Joseph said, “Sister, you talk very foolishly, you do not know what you will want.” He then said to me: “Here, brother Brigham, you seal this lady to me.” I sealed her to him. This was my own sister according to the flesh.9

This sealing provided Fanny with a worthy husband in the celestial kingdom, conditional on her righteousness, with no conjugality on earth. Consequently, it may not have been a concern to Emma.

There is no record of Joseph Smith marrying any additional plural wives during the remaining eight months of his life.

What Are We to Think?

Most researchers estimate that Joseph was sealed to about three dozen women at the time of his death. An unexpectedly large number of women accepted a puzzling practice during a complex time in church history.

Many of our questions about this period are unanswerable because of the lack of historical documentation. What justifications for the practice that we do have don’t necessarily fit with our current sensibilities. The necessity or desirability of the earthly practice of plural marriage in modern times — let alone eternity — seems nebulous. However, the personal spiritual witnesses of participants propelling the practice in Nauvoo and later in Utah should be taken into account.

Having gone through years of research in order to better understand this practice, we suggest transparency in documentation, suspension of judgment, and a resolute perspective about what are the most essential elements of the gospel and our religious life.

Joseph Smith declared: “The fundamental principles of our religion are the testimony of the Apostles and Prophets, concerning Jesus Christ, that He died, was buried, and rose again the third day, and ascended into heaven; and all other things which pertain to our religion are only appendages to it. But in connection with these, we believe in the gift of the Holy Ghost, the power of faith, the enjoyment of the spiritual gifts according to the will of God, the restoration of the house of Israel, and the final triumph of truth.”10 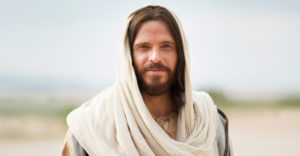 To continue this brief narrative of the unfolding of the practice of polygamy in The Church of Jesus Christ of Latter-day Saints, proceed to the section on Sealings to Legally Married Women.