Some critics would have readers believe that Joseph Smith simply had to smile at the young maidens of Nauvoo, and they would readily accept his offers of marriage, perhaps acting on hidden desires to be with the handsome young prophet. Others characterize the women as acquiescing because of religious zealousness or coercion, unwilling victims of a lustful prophet wielding his powers of persuasion.

While these make for dramatic stories, the reality was certainly more complex than these colorful narratives would lead one to believe.

Joseph Smith had no desire to repeat his Liberty Jail experience. Not only was there no place for polygamy in respectable Jacksonian America, but also bigamy was unlawful according to state statutes. Later, Church leaders voiced a belief that it may be protected under the Constitution as a free expression of religion. But during the Nauvoo period, these ideas were not openly voiced. 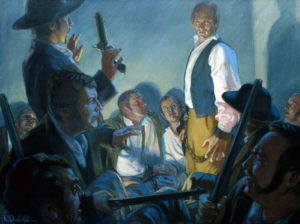 Also, getting an eligible young woman to forego marrying for romantic love in order to become one of Joseph’s many wives took more convincing than is sometimes portrayed. The radical nature of Joseph’s marriage proposals was not lost on him, nor did his pioneer lifestyle mimic the debonair pastimes of a courtier.

Secrecy was ever-present in Joseph Smith’s mind as he approached potential wives. For this reason, he first began by approaching close associates and longtime friends. Proximity was important, whether geographically or socially.

Joseph had two large challenges: invite the woman and keep the marriage secret.

Several of Joseph Smith’s plural wives provided insight into how a plural marriage might be proposed. Joseph often used intermediaries to assess the willingness of a potential bride. More than once he was told, “No.”1

Apparently, he would cautiously introduce the subject of plural marriage to potential brides, allowing them time to ponder his proposal and pray for guidance.

Emily Dow Partridge recalled in 1892 that Joseph Smith approached her when they were alone “and asked me if I could keep a secret, and I told him I thought I could, and then he told me that he would some time if he had an opportunity, — he would tell me something that would be for my benefit, if I would not betray him, and I told him I wouldn’t.”2 Despite this introduction, time passed without more developments.

Well it run along for a good while, — I don’t know just how long, and there was no opportunity of saying anything to me more than he had, and one day he sat in the room alone, and I passed through it and he called to me or spoke to me, and called me to him, and then he said that he had intended to tell me something, but he had no opportunity to do so, and so he would write me a letter, if I would agree to burn it as soon as I read it, and with that I looked frightened, for I thought there was something about it that was not just right, and so I told him that I would rather that he would not write to me, — that he would not write me any letter, and then he asked me if I wanted him to say any more, and I said yes, that I did not want to hear anything more about it at all, for I had got a little frightened about it.3

Although Emily does not state the reason for her fears, she undoubtedly knew that the subject of the letter was plural marriage.

Well it went in that condition and there was not anything more said about it for several months, not until 1843 I think,—some time in ‘43, for he had no other opportunity until then and I did not think he would ever say anything more about it until then, but I had thought a great deal about it in that time, and I had prayed for it to know what it was, and if it was my duty. I thought I ought to have listened to it, that is, to what he was going to tell me or write to me, for I was greatly troubled over it, as I feared I had done wrong in not listening to it,—and so I prayed to be enlightened in regard to what I should have done. Well, in time I became convinced that there was nothing wrong about it, and that it would be right for me to hear what he had to say, but there was nothing more said for a good while after I came to that conclusion. I think it was months before there was anything more said about it, but I don’t know just how long it was.4

Perhaps sensing Emily’s change of heart, the Prophet approached her asking for another “opportunity to speak” and she “granted it. … He told me then what he wanted to say to me, and he taught me this principle of plural marriage called polygamy now, but we called it celestial marriage, and he told me that this principle had been revealed to him but it was not generally known; and he went on and said that the Lord had given me to him, and he wanted to know if I would consent to a marriage, and I consented.”5

Elsewhere Emily recalled that the sealing was performed at the Kimball home quickly at the end of a workday, then “Joseph went home his way, and I going my way alone.” She added: “A strange way of getting married, wasn’t it?”6

In 1883, Almera W. Johnson remembered her own protracted experience in learning about plural marriage in 1842 and 1843:

During that time the Prophet Joseph Smith taught me the principle of Celestial Marriage including plurality of wives and asked me to become his wife. He first spoke to me on this subject at the house of my brother Benjamin F. I also lived a portion of the time at Brother Joseph Smith’s in Nauvoo, when many conversations passed between him and myself on this subject. … At the time this [plural marriage] took place Hyrum Smith, Joseph’s brother, came to me and said, I need not be afraid. I had been fearing and doubting about the principle and so had he, but he now knew it was true.7

Almera lived several miles east of Nauvoo in Ramus, which would have presented limited opportunities to discuss the principle with Joseph, so the “many conversations” prior to their sealing likely could have required many months.

Though these are only two accounts of Joseph’s proposals, there is no evidence of quick sealings as a result of mounting passion. In addition, typical courting behaviors such as walks, buggy rides, the exchange of physical affection, or flirtatious conversations, whether publicly or privately, did not occur.

At least one woman sought to be sealed to Joseph Smith during his lifetime. (Scores more were sealed to him posthumously.) From the beginning when eternal and plural marriage was introduced in Nauvoo, women had a choice about the man to whom they would be sealed for eternity.

Researcher Rex E. Cooper observed: “In some instances … women might have just preferred to be sealed eternally to Joseph Smith rather than to the man that they had married by civil authority.”8

Andrew Jenson interviewed many Nauvoo polygamists in 1886–87 in preparation for his 1887 Historical Record article identifying Joseph Smith’s plural wives. In his collected papers at the Church History Library is a scrawled note in his handwriting that one of the Prophet’s plural wives, Ruth Vose Sayers, initiated her sealing to Joseph:

While there the strongest affection sprang up between the Prophet Joseph and Mr. Sayers. The latter not attaching much importance to the theory of a future life insisted that his wife Ruth should be sealed to the prophet for eternity, as he himself should only claim her in this life.9 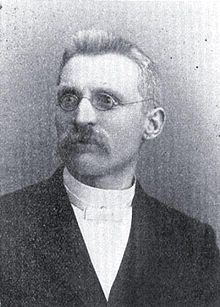 Andrew Jenson’s notes regarding Ruth Vose Sayers’s sealing to the Prophet suggest that it was a union operational only for the next life and would not include conjugality on earth. Joseph’s other sealings to married women seem to emulate this same pattern. To date, no unambiguous evidence has been found showing that Joseph Smith practiced—or would have tolerated—polyandry, the marriage of one woman to more than one man at the same time.

The precise dynamics underlying Joseph Smith’s incentives for being sealed to so many plural wives remain unclear. It would be an oversimplification to identify only a single motivation, especially since he left no record concerning his personal thoughts and feelings regarding plural marriage.

To continue this brief narrative of the unfolding of the practice of polygamy in The Church of Jesus Christ of Latter-day Saints, proceed to the section on A Woman’s Choice.