When did Joseph Smith first learn that plural marriage could be God-sanctioned and restored as a practice among the Latter-day Saints? Apostle Orson Pratt reported that when the Prophet learned in the early 1830s, he was not then allowed to practice it. Pratt recounted on October 7, 1869:

In the fore part of the year 1832, Joseph told individuals, then in the Church, that he had inquired of the Lord concerning the principle of plurality of wives, and he received for answer that the principle of taking more wives than one is a true principle, but the time had not yet come for it to be practiced. That was before the Church was two years old. The Lord has His own time to do all things pertaining to His purposes in the last dispensation; His own time for restoring all things that have been predicted by the ancient prophets.1

In an 1886 article published in the Deseret News, Joseph F. Smith, then a member of the First Presidency, noted, “plural marriage was first revealed to Joseph Smith in 1831, but being forbidden to make it public, or to teach it as a doctrine of the Gospel at that time, he confided the facts to only a very few of his intimate associates.”2

While “Translating” the Book of Genesis 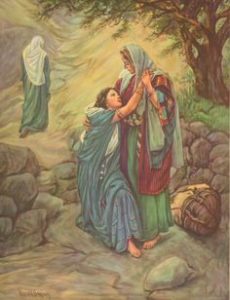 Nauvoo polygamist Joseph B. Noble recalled in 1883: “That the Prophet Joseph told him that the doctrine of celestial marriage was revealed to him while he was engaged on the work of translation of the scriptures [Joseph Smith’s revision of the Bible], but when the communication was first made, the Lord stated that the time for the practice of that principle had not arrived.”3

The Prophet was working with Genesis in February and March of 1831.4 There, he would have encountered the accounts of polygamous patriarchs like Abraham (Genesis 16:1–6) and Jacob (Genesis 29:30).

1831 Revelation: “Ye Should Take Unto You Wives of the Lamanites”

Reportedly while they were on this mission Joseph received a revelation relevant to polygamy. Some of the missionaries were to marry Native American women. 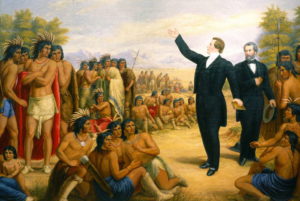 Mission to the Lamanites

In 1861, thirty years after the revelation was reportedly dictated, W. W. Phelps wrote a letter to President Young sharing the substance of the revelation.5

The details found in the revelation raise questions about whether Phelps was actually recalling its content or was working from contemporaneous notes or from some other source. The statement is far too detailed for a three-day-old recollection let alone a thirty-year-old one.

That Phelps would bring this to the attention of President Young so many years after it occurred is curious and appears somewhat random as well.

Phelps ended his letter to President Young by writing:

About three years after this was given, I asked brother Joseph [Smith, Jr.] privately, how “we,” that were mentioned in the revelation could take wives from the “natives”—as we were all married men? He replied instantly “In th[e] same manner that Abraham took Hagar and Katurah [Keturah]; and Jacob took Rachel Bilhah and Zilpah: by revelation—the saints of the Lord are always directed by revelation.”6

Whatever Joseph taught at that time regarding plural marriage apparently did not make much of a stir among the early Saints who heard it because no other contemporaneous accounts are found. In addition, when the practice was started in Nauvoo, it appears that no one recalled it, and the Prophet never referenced the incident.


Novel religious groups were common in the 1830s. Elizabeth A. Clark and Herbert Richardson observed: “Nineteenth-century America abounded in utopian societies; as many as five hundred such communities may have flourished in this period.”7 Some experimented with marital and sexual practices, which focused suspicion on all of the groups.

Early Latter-day Saint efforts to live the law of consecration, which sustained traditional monogamy, were misunderstood. The Evangelical Magazine and Gospel Advocate, Utica, N.Y., reported in their February 5, 1831 issue: “They [Church members] have all things in common, and dispense with the marriage covenant.” 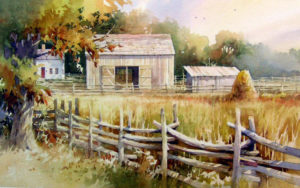 Misunderstandings over the law of consecration included accusations of free love.

Henry Carroll, who was in the Kirtland area in 1832, recalled in 1885: “It was claimed all things were common, even to free love, among the Mormons at Kirtland.”8

Historian Mark Staker observed: “As late as 1835, Joseph was still trying to counter outside rumors that had apparently arisen as a result of the Morley Family and early Mormonite confusion before his arrival in Kirtland.”9

Allegations of improprieties followed the Church members, inciting a variety of denials. Oliver Cowdery wrote in the Messenger and Advocate in 1836:  “It would be a Herculean task to point out the innumerable falsehoods and misrepresentations, sent out detrimental to this society. The tales of those days in which Witches were burnt, and the ridiculous inconsistencies of those who directed the building of the funeral pyre, could be no more absurd than the every-day tales, relative to the conduct and professions of the ‘Mormons.’”10

Similarly, Erastus Snow and Benjamin Winchester printed a plainly worded denial in 1841 in An address to the citizens of Salem and vicinity: “It has been stated in public journals that we hold all things in common, or that we have a community of good, also of wives. These charges we positively deny: for we hold no such things nor never did. … The rules of the church forbid anything like unvirtuous conduct, and they are righteously enforced.”11

The April 1833 Evening and Morning Star clarified: “It has been reported that the church had settled in this country [Independence, Missouri], and were living as one family. This is not so.”12 Eventually, Joseph Smith addressed this concern in an 1840 article in the Times and Seasons:

When we consecrate our property to the Lord, it is to administer to the wants of the poor and needy according to the laws of God, and when a man consecrates or dedicates his wife and children to the Lord, he does not give them to his brother or to his neighbor; which is contrary to the law of God, which says, “Thou shalt not commit adultery, Thou shalt not covet they neighbors wife” “He that looketh upon a woman to lust after her has committed adultery already in his heart.” — Now for a man to consecrate his property, his wife and children to the Lord is nothing more nor less than to feed the hungry, cloth the naked, visit the widows and fatherless, the sick and afflicted; and do all he can to administer to their relief in their afflictions, and for himself and his house to serve the Lord. In order to do this he and all his house must be virtuous and “shun every appearance of evil. Now if any person, has represented any thing otherwise than what we now write they have willfully misrepresented us.13

Perhaps the most important event associated with the establishment of eternal (and plural) marriage occurred during the dedication of the Kirtland Temple on April 3, 1836. Joseph and Oliver Cowdery recounted an impressive vision: a visitation from Jesus Christ, Moses, and Elias (now D&C 110:2–12).14

Their account then described the appearance of the prophet Elijah. Joseph Smith taught that Elijah was the last prophet of the Old Testament to hold the keys of sealing authority: 15

The veil was taken from our minds, and the eyes of our understanding were opened.

We saw the Lord standing upon the breastwork of the pulpit, before us; and under his feet was a paved work of pure gold, in color like amber …

After this vision had closed, another great and glorious vision burst upon us; for Elijah the prophet, who was taken to heaven without tasting death, stood before us, and said:

Behold, the time has fully come, which was spoken of by the mouth of Malachi–testifying that he [Elijah] should be sent, before the great and dreadful day of the Lord come–

Shortly after the April 3 vision, Joseph Smith recorded a first-hand account of the vision in his personal journal.

That original record has not been found and is probably lost. Nonetheless, these important visitations were documented in other contemporaneous records. Within a few days, the Prophet’s secretary Warren Cowdery transcribed Joseph’s first-hand account into a third-hand account to be used in the church history then being composed.

Even though the visitation was important, it appears the Prophet did not widely circulate the knowledge of it. W. W. Phelps wrote a letter to his wife on April 3 mentioning the Lord’s visit and Malachi’s prophesy concerning Elijah:

On Sunday, April 3 [1836], the twelve held meeting and administered the sacrament. It was a glorious time. The curtains were dropt [from the ceiling] in the afternoon. And there was a manifestation of the Lord to Brother Joseph and Oliver [by] which they [were told] thus the great and terrible day of the Lord as mentioned by Malachi, was near, even at the doors.17

Most Kirtland Latter-day Saints were either unaware of the visitation or at least uninformed regarding its significance, and the account of what transpired was not published at that time. 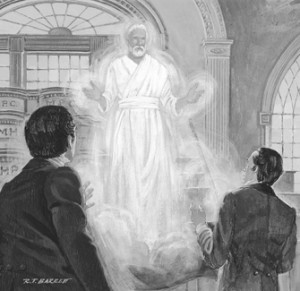 This is curious because other revelations and accounts of important historical events, like the ordination of Peter, James, and John, had been published.18 In fact, the church members would not be notified of the vision in any printed venue until November 6, 1852, in the Deseret News in the Utah Territory.19 Later Orson Pratt converted the narrative to first-person and included it as section 110 of the 1876 Doctrine and Covenants.

Despite the importance of Elijah and the Kirtland Temple visitations, Joseph Smith did not publicly teach eternal marriage for perhaps six years after he received the authority to perform those ordinances.

Although Joseph didn’t teach polygamy or encourage others to practice it in Kirtland, there is some evidence that he was plurally married by Melchizedek priesthood to Fanny Alger. Whether the marriage occurred before or after the visit of Elijah is unknown.

The period between the Alger plural marriage and the Saints settling in Nauvoo, Illinois, in the early 1840s was eventful in many ways. Forced to flee apostates in Kirtland in 1837, Joseph found himself incarcerated in Liberty jail in early 1838. After his escape and relocation to Nauvoo in 1839, the Prophet began teaching select Latter-day Saints about eternal plural marriage.

To continue this brief narrative of the unfolding of the practice of polygamy in The Church of Jesus Christ of Latter-day Saints, proceed to the section on The Prophet Secretly Teaches Polygamy.