Plural marriage is the most controversial of all of Joseph Smith’s teachings and practices. Historian Jessie L. Embry noted, “Polygamy has an enduring hold on the American imagination for a number of reasons. Its linkage of spiritual claims and sexuality combine two of the strongest human motivations. It has the association of exotic cultures and bizarre practices.”1

Joseph Smith organized the Church of Christ (now The Church of Jesus Christ of Latter-day Saints) on April 6, 1830. Evidently, by the end of the following year, he had learned that polygamy could be acceptable to God. At that time, he indicated in conversations with associates that he was not then permitted to practice it.

In Kirtland, Ohio, in the 1830s­­—probably 1835 or early 1836—­he experienced his first brief plural relationship with Fanny Alger, who was providing domestic help in the Smith household.

During the next seventeen months, Joseph was sealed to more than a dozen plural wives. A few other men and women were also invited to participate in the practice, although he never openly taught the principle.

By the end of August 1842, Joseph Smith discontinued plural marriages for a period of five months, undoubtedly due to the influences of dissenter John C. Bennett. The Prophet resumed marrying polygamously in February of 1843. He was sealed to more than a dozen plural spouses during the next ten months—bringing the total to more than thirty. 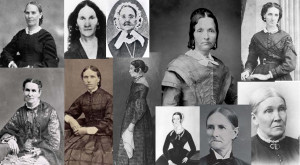 Some of Joseph Smith’s wives.

It appears that many of these plural unions, perhaps as many as half, were eternity-only sealings that did not involve conjugal relations.

By the time of the Prophet’s death on June 27, 1844, an additional twenty-nine other Nauvoo men had married a total of fifty-one plural wives.2

Several different forces combined to create the environment in which Joseph Smith was martyred, but no one element was more important than the concealed practice of plural marriage.

After Joseph Smith’s martyrdom, plural marriage continued as a well-known secret among many Latter-day Saints and expanded under the direction of the presiding Quorum of the Twelve Apostles. Brigham Young controlled all new sealings, employing the doctrine plainly taught by Joseph Smith of only one man on earth having the power to authorize eternal marriages (monogamous or polygamous).

By February 1846, the Latter-day Saints’ exodus west had begun. Pausing for another year on the Iowa frontier, they bade the United States goodbye and were soon in an area where plural marriage could be openly practiced. At that time, there were no laws against polygamy in US territories.

It was not until August 1852 that the Saints publicly acknowledged the practice and doctrine of plural marriage, following up with energetic public defenses both by missionaries and in publications.3 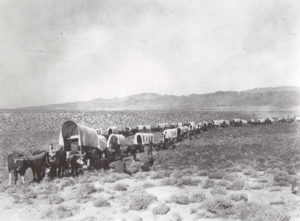 Ten years thereafter came the first federal legislation against polygamy, with more to follow. The government stepped up its anti-polygamy campaign until 1890 when the US Supreme Court upheld laws that disfranchised the Church and confiscated much of its property. 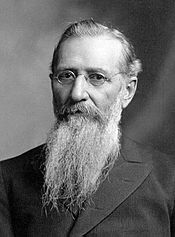 After repeated warnings, Church leaders began in 1909 to take action against the membership of those who continued to enter new plural unions.

Between 1904 and the 1920s, scattered individuals in and out of the LDS Church attempted to practice plural marriage without implementing the sealing priesthood authority held by the senior apostle and President of the Church of Jesus Christ of Latter-day Saints. Over about twenty years, patriarchs, unauthorized temple sealers, and former apostles performed plural ceremonies without authorization.

No organization existed among these maverick polygamists nor did they assert during those years the possession of special priesthood keys that transcended Church authority. However, starting in 1921, Lorin C. Woolley claimed ordination to a previously dubious and previously unheard of priesthood office that ostensibly could authorize new plural marriages. 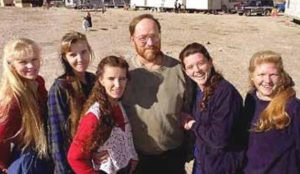 During these decades, other men came forward describing their own novel priesthood ordinations. In 1935, Elden Kingston asserted his unique claims. Twenty years later the LeBaron brothers developed distinctive offices and authorities. During these years and afterward, dozens of other “Mormon fundamentalist” polygamists entered the scene with their novel interpretations and priesthood claims.5

Today The Church of Jesus Christ of Latter-day Saints excommunicates anyone preaching or practicing plural marriage, confirms that officiators in such marriages possess no genuine priesthood authority to perform them, and denies any validity to such unions. Yet, upwards of 38,000 individuals, most of them in the Mountain West, have chosen the polygamist lifestyle.

Latter-day Saints practiced polygamy between 1830 and April 1904, but the current marital standard in the LDS Church has come full circle.

The early 1830s standard of strict monogamy was obeyed with excommunication as the consequence of polygamy. In the 1840s, plural marriage by select individuals was permitted and gradually expanded. Then, in 1852, plural marriage became the official marriage standard of the Church. Thirty-eight years later, the directive was removed through the issuance of the 1890 Manifesto, but plural unions were still secretly permitted on a limited basis for fourteen more years. Joseph F. Smith’s 1904 declaration blocked all new authorizations for plural marriage reinstating monogamy as the only acceptable marital form in the eyes of the Church.

To continue this brief narrative of the unfolding of the practice of polygamy in The Church of Jesus Christ of Latter-day Saints, proceed to the section on The 1830s.

Jessie L. Embry, “Ultimate Taboos: Incest and Mormon Polygamy,” Journal of Mormon History 18, no. 1 (Spring 1992): 93.
See George D. Smith, Nauvoo Polygamy: “… but we called it celestial marriage” (Salt Lake City: Signature Books, 2008), 574–656. George D. Smith identifies thirty-two plural husbands and fifty-four plural wives, but data for three of the marriages appear inconclusive.
See Davis Bitton, “Polygamy Defended: One Side of a Nineteenth-Century Polemic,” in his The Ritualization of Mormon History and Other Essays (Urbana: University of Illinois Press, 1994), 34–53; and his “The Ritualization of Mormon History,” Utah Historical Quarterly 43 (Winter 1975): 67–85.
On January 11, 1900, at a meeting of the First Presidency and the Quorum of the Twelve: “Elder John Henry Smith asked President Snow if he thought it was wise for the brethren to speak from the public stand on the principle of plural marriage. President Snow answered that the subject should be let alone and that there was too much being said about it already.” (Minutes of the Apostles of The Church of Jesus Christ of Latter-day Saints, 1900–1909 (Salt Lake City: Privately Published, 2010), 5.)
See Brian C. Hales, Modern Polygamy and Mormon Fundamentalism: The Generations After the Manifesto (Salt Lake City: Greg Kofford Books, 2006), 309–450. See also Brian C. Hales, Setting the Record Straight: Mormon Fundamentalism (Salt Lake City: Millennial Press, 2008, 93–129).