We don’t know when Emma learned about plural marriage. The timing is open to speculation, but we do know that she knew and was actively participating by May 1843.

Sometime prior to teaching Emma about time-and-eternity sealings, Joseph may have introduced her to eternity-only plural sealings or those that did not include earthly relations. 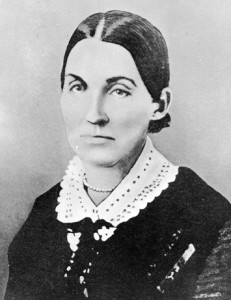 Andrew Jenson recorded that Ruth Vose Sayers was “sealed to the Prophet for eternity … in Emma Smith’s presence.”1 Ruth signed an affidavit on May 1, 1869, saying the sealing occurred in “February A.D. 1843” and was performed by Hyrum Smith.2

Lucy Meserve Smith remembered that at some point in Nauvoo: “Emma had told me … they [Joseph’s plural wives] were only sealed for eternity[;] they were not to live with them and have children.”3

The earliest documentable date for Emma’s awareness of time-and-eternity plural marriage is May of 1843, when she participated in four of her husband’s polygamous sealings. She facilitated Joseph’s marriages to four plural brides, Eliza and Emily Partridge and Sarah and Maria Lawrence, all with her explicit approval.4 Emma undoubtedly learned about its principles earlier, but her actions indicate that it was only weeks, not months or years, previously.

Emily and Eliza Partridge had already been sealed to the Prophet unbeknown to Emma. Emily explained:

It was about this time that the principles of Celestial marriage were being taught to a few. I and my sister Eliza received it and were married to br Joseph about the same time, but neither of us knew about the other at the time, everything was so secret. [This was in March 1843.]

Joseph had tried to make these things known to me severel months before — I think in the spring or summer of ’42, but I had shut him up so quick that he said no more to me untill the 28th of Feb, 1843, (my nineteenth birth day) and I was married the 4th of March following. After a month or two Emma had consented to give Joseph two wives if Jo he would let her choose them for him, and as she choose E. [Eliza] and myself the ceremony was done over again in her pressence, on the 11th of May 1843. …

She afterwards gave Sarah and Maria Lawrence to him, and they lived in the house as his wifes. I knew this.5

Emily Partridge testified that Emma took her hand and placed it in Joseph Smith’s hand.6

Emma’s efforts to accept plural marriage doubtless required a huge paradigm shift in her feelings and beliefs. However, greater difficulties loomed because the night after she gave Emily Partridge to Joseph as a plural wife, Emily stayed with the Prophet.7

When asked where Emma slept that evening, Emily replied: “She was in her room I suppose. I don’t know where she was but that is where I suppose she was. … She was there in her room.”8

The plural dynamic when a first wife must share her husband physically is probably the most difficult aspect for a plural wife to face, especially the first time. Emily also testified concerning Emma’s reaction the next day: “She [Emma] consented to [the marriage] at the time … [then] she was bitter after that … after the next day you might say that she was bitter.”9

Emily further explained: “Emma seemed to feel well until the ceremony was over [May 1843], when almost before she could draw a second breath, she turned, and was more bitter in her feelings than ever before, if possible.”10

It appears from that point on, Emma sought to limit Joseph’s ability to spend time with his plural wives. Emily recalled after that first night: “She turned against us after that. … Emma knew that we were married to him, but she never allowed us to live with him.”11

Emma’s handling of the Emily and Eliza Partridge may have differed from her treatment of the Lawrence Sisters. William Law recalled: “Emma complained about Joseph’s living with the L[awrence] girls, but not very violently.”12

According to Emma Smith’s biographers, she “vacillated between reluctant acceptance and determined opposition to the marriages” throughout the rest of the Prophet’s life.13

On the morning of the 12th of July, 1843, Joseph and Hyrum Smith came into the office, in the upper story of the brick store, on the bank of the Mississippi River. They were talking on the subject of plural marriage. Hyrum said to Joseph, “if you will write the revelation on Celestial marriage, I will take and read it to Emma, and I believe I can convince her of its truth, and you will hereafter have peace.” Joseph smiled, and remarked, “you do not know Emma as well as I do.” Hyrum repeated his opinion and further remarked, “the doctrine is so plain, I can convince any reasonable man or woman of its truth, purity and heavenly origin,” or words to their effect. Joseph then said, “well, I will write the revelation, and we will see.” He then requested me to get paper and prepare to write. Hyrum very urgently requested Joseph to write the revelation by means of the Urim and Thummim, but Joseph, in reply, said he did not need to, for he knew the revelation perfectly from beginning to end.

Joseph and Hyrum then sat down, and Joseph commenced to dictate the Revelation on Celestial marriage, and I wrote it, sentence by sentence as he dictated. After the whole was written, Joseph asked me to read it through, slowly and carefully, which I did, and he pronounced it correct. He then remarked that there was much more that he could write, on the same subject, but what was written was sufficient for the present.14 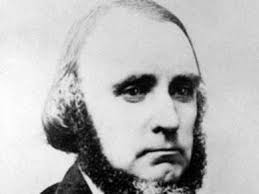 Hyrum then took the revelation to read to Emma. Joseph remained with me in the office until Hyrum returned. When he came back, Joseph asked him how he had succeeded. Hyrum replied that he had never received a more severe talking to in his life, that Emma was very bitter and full of resentment and anger.

Joseph quietly remarked, “I told you, you did not know Emma as well as I did.” Joseph then put the revelation in his pocket, and they both left the office.15

The revelation is now section 132 in the Doctrine and Covenants. The original document penned by Clayton was destroyed either by Emma or by Joseph at Emma’s bidding.16

Rather than generating Emma’s active support, the revelation appears to have brought a smoldering crisis to flame. She and Joseph took serious counsel together, with some sort of agreement being negotiated.

It evidently had two parts. First, it appears she demanded that Joseph stop marrying new plural wives without her involvement. During the next four months, he was sealed to two additional polygamous wives, one with Emma’s permission and another for eternity only.

Evidently the second part of the agreement was demanded by Emma to assure that if anything happened to Joseph or their marriage, she would be financially supported. William Clayton recorded that hours after Emma rejected Hyrum and the revelation, “Joseph told me to deed all the unencumbered lots to E[mma] and the children. He appears much troubled about E[mma].”17

The day after the revelation was recorded, Clayton wrote: “This A.M. Joseph sent for me and when I arrived he called me up into his private room with Emma and there stated an agreement they had mutually entered into they both stated their feelings on many subjects and wept considerable. O may the Lord soften her heart that she may be willing to keep and abide by his Holy Law.”18 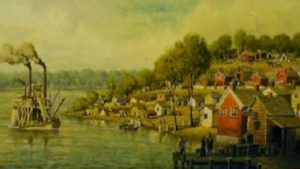 Two days later, Clayton penned: “Made Deed for 1/2 S[team] B[oat] Maid of Iowa from Joseph to Emma. Also a Deed to E[mma] for over 60 city lots.”19 William Law remembered that on one occasion Emma told him: “Joe and I have settle our troubles on the basis of equal rights.”20

Richard L. Bushman assessed: “The next day [after Emma was shown the revelation], Joseph and Emma talked for hours. Clayton was called into the room near the end to hear ‘an agreement they had mutually entered into. They both stated their feelings on many subjects and wept considerable.’ They were in impossible positions: Joseph caught between his revelation and his wife; Emma between a practice she detested and belief in her husband. The agreement represented some kind of compromise.”21

A Season of Compromise

Though their course had been rocky and difficult, it appears Emma eventually accepted plural marriage to some degree. She had implemented some restraints allowing the couple to live an outwardly monogamous lifestyle the last eight months of the Joseph’s life, despite the fact that he had been sealed to over two dozen other women. For example, he “rode out in a sleigh with Emma” on January 6, 1844, and took other rides with her on March 5 and 24.22 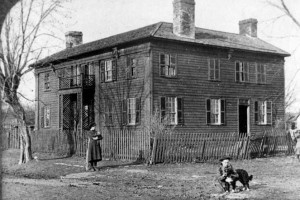 Mary Ralph recalled in 1883: “I lived in Nauvoo, Illinois, close to the house of Joseph Smith, just across the road, some time. … I was well acquainted with the two Partridge girls and the two Walker girls and their two brothers, William and Lorin Walker; they were orphans, and all lived in the family of Joseph Smith; but I never knew they were any of them his wives.”23

It is impossible to answer questions regarding the marital dynamics existing in the Nauvoo Mansion during Joseph Smith’s final months, where Joseph, Emma, and several of his plural wives were living. Did Emma regulate Joseph’s interactions with those plural wives as first wives sometimes did later in Utah?  Or did she prevent intimate involvement altogether? We will never know because no records exist from any of the participants. Outwardly, it appears Emma and Joseph achieved a sort of peaceful compromise that carried them through to the events of June 27 and the martyrdom.

To continue this brief narrative of the unfolding of the practice of polygamy in The Church of Jesus Christ of Latter-day Saints, proceed to the section on Polygamy and the Martyrdom.