Joseph Smith was sealed to ten women under the age of twenty. Four were nineteen, three were seventeen, one was sixteen, and two were fourteen.

These seem like young ages considering Joseph was between the ages of about 29 and 37 when he married them. The disparity in the age of Joseph and his young brides, especially the fourteen-year-olds, has intensified the discomfort with his practice of polygamy. More details about these unions may help ease the biggest worries of readers. 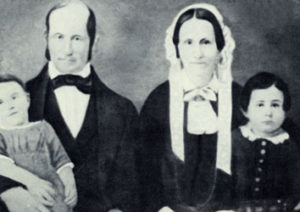 Evaluating marriage practices in the mid-nineteenth century requires readers today to set aside current cultural notions. Although marriages to fourteen-year-old brides were unusual, such females were not “underage.” In fact, fourteen-year-old girls are allowed to marry in the United States with the approval of their parents then as well as today.

In the United States during the nineteenth century, the average female age for first marriages was around twenty.1 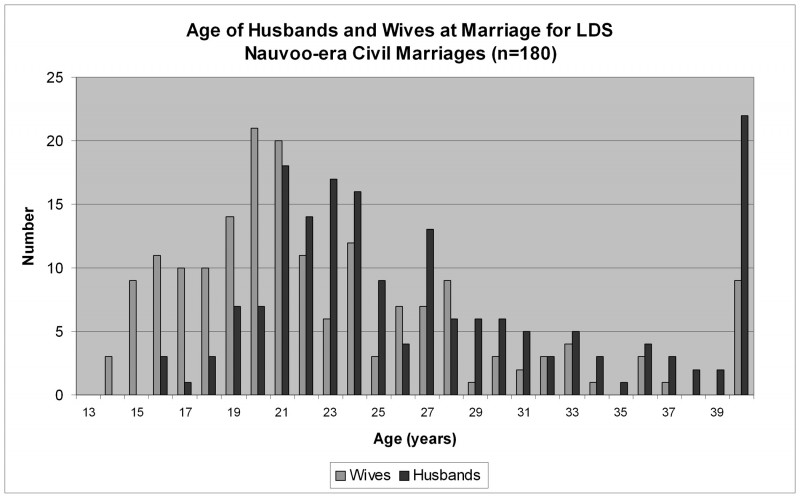 Polygamy researcher Kimball Young wrote: “By present standards [1954] a bride of 17 or 18 years is considered rather unusual but under pioneer conditions there was nothing atypical about this.”2

It is significant that none of Joseph’s contemporaries complained about the age differences between polygamous or monogamous marriage partners. This was simply part of their environment and culture; it is unfair to judge nineteenth century members by twenty-first century social standards. … Joseph Smith’s polygamous marriages to young women may seem difficult to understand or explain today, but in his own time such age differences were not typically an obstacle to marriage. The plural marriages were unusual, to say the least; the younger ages of the brides were much less so. Critics do not provide this perspective because they wish to shock the audience and have them judge Joseph by the standards of the modern era, rather than his own time.3

Joseph Smith’s marriage to a very young Helen Mar Kimball has garnered much attention and criticism.

This furor may have struck her as puzzling and ironic. Helen wrote more about plural marriage than any other female author in the nineteenth century, defending it and Joseph Smith. Included were two books, Plural Marriage as Taught by the Prophet Joseph: A Reply to Joseph Smith, Editor of the Lamoni Iowa “Herald” (Salt Lake City: Juvenile Instructor Office, 1882) and her second, Why We Practice Plural Marriage (Salt Lake City: Juvenile Instructor Office, 1840). Helen also kept a detailed journal throughout parts of her life4 and shared reminiscences in the Woman’s Exponent magazine. 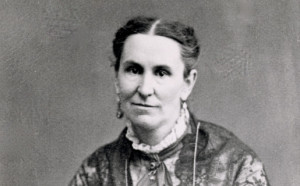 Through those pages, Helen never describes being alone with the Prophet without a chaperone before or after her sealing to him. References to intimate relations would not be expected. Yet, if the two spent time together as husband and wife, Helen might have made a passing reference to the interactions, but none are found.

We don’t have to guess the details of Joseph’s proposal because Helen wrote about them herself. She shared her remembrances of the events surrounding her sealing in the Woman’s Exponent in the 1880s.

One could say that Helen’s father, Heber C. Kimball, had the most active part in bringing Helen and Joseph together. Helen wrote: “He [her father—Heber C. Kimball] taught me the principle of Celestial marriage and having a great desire to be connected with the Prophet, Joseph, he offered me to him; this I afterward learned from the Prophet’s own mouth.”5

Richard Anderson observed: “Helen says several times that her father took the initiative to arrange the marriage and very possibly he did so with a view to committing her to the Prophet before her budding social life produced a choice or a proposal” from someone else.6 Joseph’s role was not completely passive because he was willing to teach Helen Mar and marry her after Helen’s father introduced the idea, but there is no indication he initiated the proposal.

Helen’s sealing was for both time and eternity, so this would eventually have become an actual marriage that included sexual relations. In Utah, Brigham Young instructed polygamous men to wait to consummate their sealings to younger brides until they were at least eighteen. 7 While it is impossible to document, it appears this policy began in Nauvoo with Joseph Smith.

Michael Marquardt surmised: “Helen Kimball’s sealing to Joseph Smith was a spiritual one unlike other wives who had sexual relations with the prophet.”8

The primary document referring to the relationship is an 1881 poem penned by Helen that has been interpreted in different ways:

I thought through this life my time will be my own
The step I now am taking’s for eternity alone,
No one need be the wiser, through time I shall be free …
They saw my youthful friends grow shy and cold.
And poisonous darts from sland’rous tongues were hurled …
And like a fetter’d bird with wild and longing heart,
Thou’lt dayly pine for freedom and murmor at thy lot;9

One year after writing the above poem, she elaborated:

During the winter of 1843, there were plenty of parties and balls. … Some of the young gentlemen got up a series of dancing parties, to be held at the Mansion once a week. … I had to stay home, as my father had been warned by the Prophet to keep his daughter away from there, because of the blacklegs and certain ones of questionable character who attended there. … I felt quite sore over it, and thought it a very unkind act in father to allow [my brother] to go and enjoy the dance unrestrained with others of my companions, and fetter me down, for no girl loved dancing better than I did, and I really felt that it was too much to bear. It made the dull school still more dull, and like a wild bird I longer for the freedom that was denied me; and thought myself a much abused child, and that it was pardonable if I did murmur.10

Helen’s feelings certainly don’t reflect those of one who considered herself married. Fourteen is young, but certainly old enough to understand the expectations of a married woman. It seems that if Helen were sexually involved with the Prophet as a plural wife, her anticipation of pregnancy and other wifely responsibilities might have made it clear to her that she was no longer single. In view of the conservative sexual standards embraced at that time, her longings to dance with teenage boys and otherwise socialize may have been subdued as she submitted to her wifehood.

This marriage seems more akin to a betrothal than a marriage.

In 1892, the RLDS Church led by Joseph Smith III sued the Church of Christ (Temple Lot),11 disputing its claim to own the temple lot in Independence, Missouri. The Church of Christ (Temple Lot) held physical possession, and the RLDS Church took the official position that since it was the true successor of the church originally founded by Joseph Smith, it owned the property outright.12 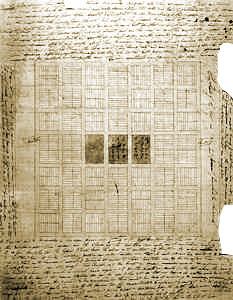 Why was Helen Kimball Whitney not also called to testify in the Temple Lot trial regarding her marriage relations with Joseph Smith? She lived in Salt Lake City, geographically much closer than two of the three witnesses: Malissa Lott lived thirty miles south in Lehi, and Lucy Walker lived eighty-two miles north in Logan.

A likely reason is that Helen could not provide the needed testimony. All three of Joseph Smith’s wives who did testify affirmed that sexual relations were part of their plural marriages to the Prophet.15 Testifying of an unconsummated sealing ceremony would have hurt the Temple Lot case. Such marriages would have been easily dismissed as unimportant.

If Helen’s plural union did not include conjugality, her testimony would not have been helpful. If it did, the reason for not inviting her to testify is not obvious. Not only was Helen passed over, but Mary Elizabeth Lightner, Zina Huntington, and Patty Sessions, who were sealed to Joseph in eternity-only marriages, were similarly not deposed.

The lack of evidence does not prove the lack of sexual relations, but these observations are consistent with an unconsummated union.

The second fourteen-year-old sealed to Joseph Smith was Nancy M. Winchester, who was born August 10, 1828. She was ten days older than Helen and the daughter of one of Heber C. Kimball’s close friends. There is no sealing date, so her age at the time of her sealing is unknown.

Two late sources support that at some point she might have been sealed to Joseph Smith. The first is Eliza R. Snow as documented in Andrew Jenson’s polygamy notes recorded in 1886 and published in the Historical Record article, “Plural Marriage” in July 1887.16

The other piece of evidence supporting Nancy’s position as a plural wife of the Prophet comes from Orson F. Whitney, who was the son of Helen Mar Kimball and Horace Whitney. It seems likely that Orson would have received information from his mother, who was still living at the time Andrew Jenson’s list was published. The year after Jenson’s publication was printed, Orson wrote that Nancy Maria Winchester was one of nine “wives of the Prophet who wedded Heber C. Kimball.”17

While it appears that Nancy Maria Winchester was fourteen or fifteen when she was sealed to Joseph Smith, no documentation exists suggesting that she was sexually involved with the Prophet.

To continue this brief narrative of the unfolding of the practice of polygamy in The Church of Jesus Christ of Latter-day Saints, proceed to the section on Did Plural Marriages Include Sexual Relations?